The Preone area is known primarily as the palaeontological site where the fossil remains of Preondactylus buffarinii were found, one of the oldest species of flying reptile (pterosaur) in the world.

The “Preone – 200 million years” exhibition is therefore mainly dedicated to this precious fossil site, as well as to the illustration of the geomorphological and natural history aspects of the area of the Carnic Prealps.

The itinerary is divided into two rooms. The geology room presents the geological history of the area during the Triassic, and in particular during the late Norian and early Rhaetian periods (between 215 and 200 million years ago). The panels, in Italian, English and German, describe the fossils found at sites in the area, obviously including Preondactylus buffarinii, but also Megalancosaurus preonensis, a small, arboreal reptile, together with predatory fish such as Birgeria, Sargodon and Saurichthys.

The room dedicated to the natural history aspects of the Carnic Prealps illustrates the area through a scale model, illustrating its geographical and climatic characteristics together with important factors that affect the local biodiversity. The habitats of Beech and Oak woodland and Mugo Pine, with typical elements of their fauna, are illustrated through several dioramas.

Some panels describe the altitudinal distribution of the vegetation, highlighting the connection between the physical environment and the flora, while others illustrate the ecological relationships between various animals and habitats. 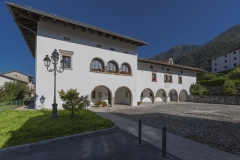 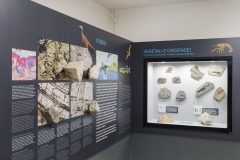 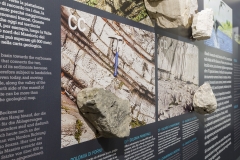 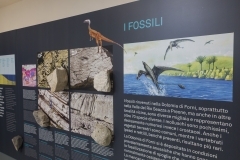 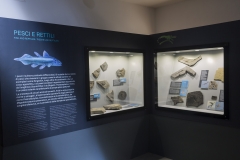 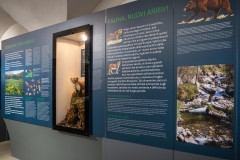 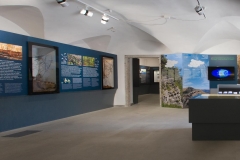