Caves and surface karst phenomena in the Carnic Alps

Surface manifestations of the karst phenomenon can very easily be observed in the area of ​​the Geopark. Deep morphologies are less visible but very widespread and include caves, pot-holes, abysses, and springs. Among the surface karst forms, there are the microforms, also called Karren (grooves, rainpits, etc.) and macro forms, such as dolines, closed valleys, etc.

All the forms related to karst are created by water, which, under certain conditions, can “corrode” rocks, in particular, carbonate rocks, that is, those made up of calcium carbonate. The “corrosive” activity is greater the lower the temperature and the higher the concentration of dissolved carbon dioxide.

When conditions change, in particular temperature and pressure, the opposite phenomenon may occur, namely the deposition of calcium carbonate and thus concretions are formed including stalactites, stalagmites, columns, castings, and curtains.

In addition to corroding rocks, the water also performs a mechanical erosive action. This is called “modeling”, which smoothes and excavates rocky walls. 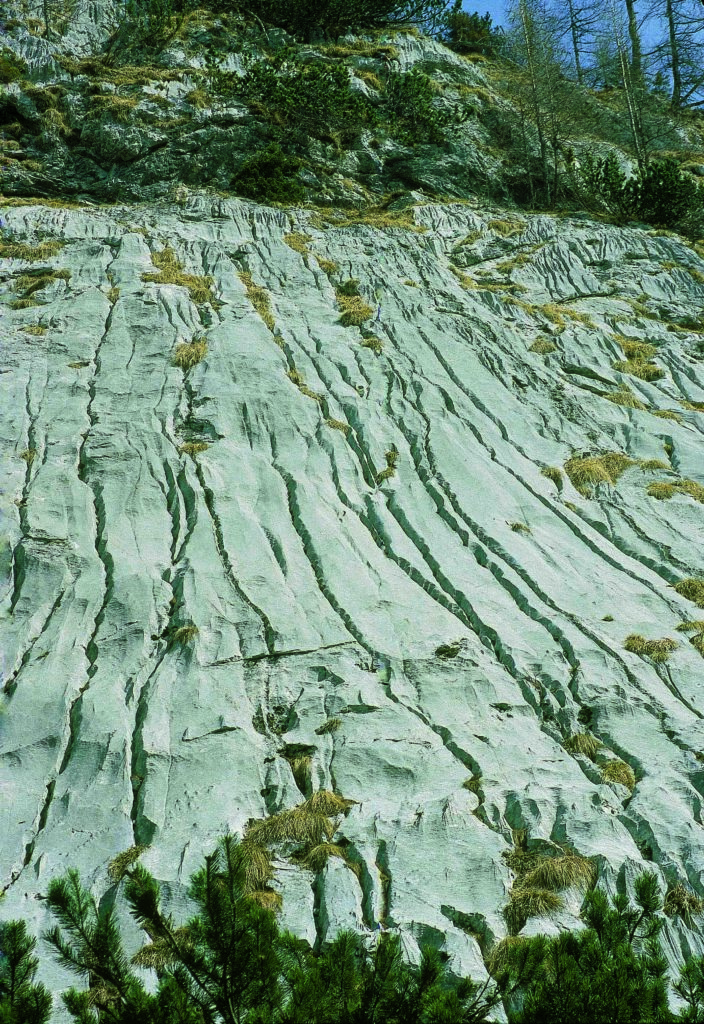 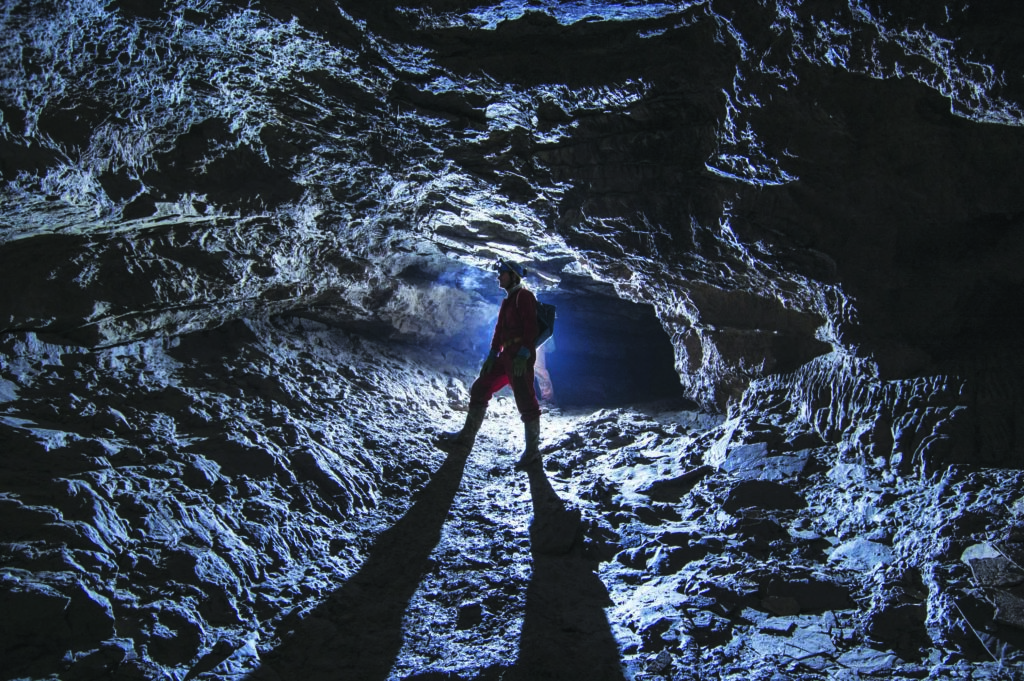 Within the Geopark, different types of karstic rocks are found on the surface. The characteristics of the rocky substrate represent one of the most significant variables for the development of karst phenomena.

The limestones outcrop extensively in the Carnic Alps, where they make up, for example, the massif of Monte Coglians, of the Pizzo di Timau or of Monte Zermula, up as far as Monte Cavallo in Pontebba. Most often they are limestones of organogenic origin, a testimony to the ancient Devonian reefs.

The most developed and deepest karstic systems, in fact, are found precisely in the area of ​​the Creta di Rio Secco and of the Monte Cavallo di Pontebba, 5 km long and with a depth of 700 m.

Other karstic rocks include gypsums, outcrop widely in Val Pesarina, Val Calda and Val Pontaiba. In fact, at Ligosullo, we find the first cavity in the gypsum ever explored in the Region. 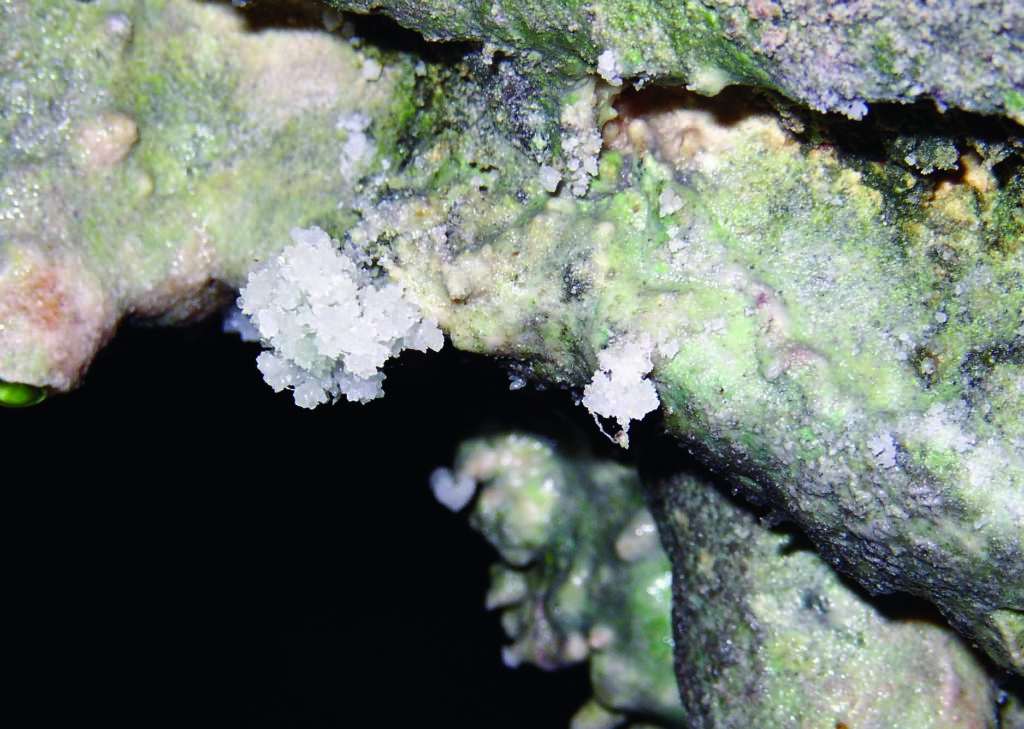 The Karst phenomena in the Carnic Alps and Prealps: a work in progress

The lithology of the Geopark area is so complex and variable that it displays many karst phenomena’s aspects: not only the most classical phenomena, i.e. those found in carbonate rocks but also those in gypsums and conglomerates. In Val Pesarina a natural cavity has been studied that has developed in the travertine, and at Forni Avoltri the perennial ice of a cave on Pic Chiadenis has been dated! 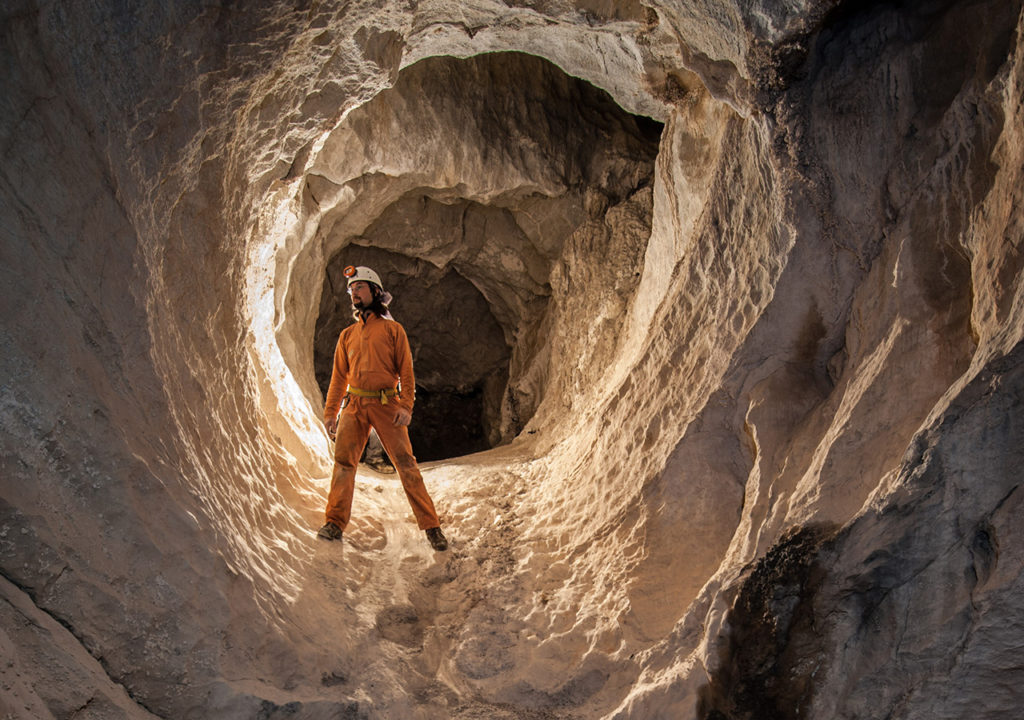 On the Italian side, the first speleological exploration we know of dates back to 25th August 1875, when the members of the Tolmezzo section of the Club Alpino Italiano (which later became the Società Alpina Friulana) undertook an excursion to the Fontanon del Riu Neri, in the Val Tagliamento, at Caprizzi. This was followed by the explorations of Marinoni, Marinelli, Lazzarini and Coppadoro, up to the publication of “Grotte e voragini del Friuli” (“Caves and chasms of Friuli”) by Giovan Battista De Gasperi, in 1915, that remains essential for the study of karst phenomena in Friuli. 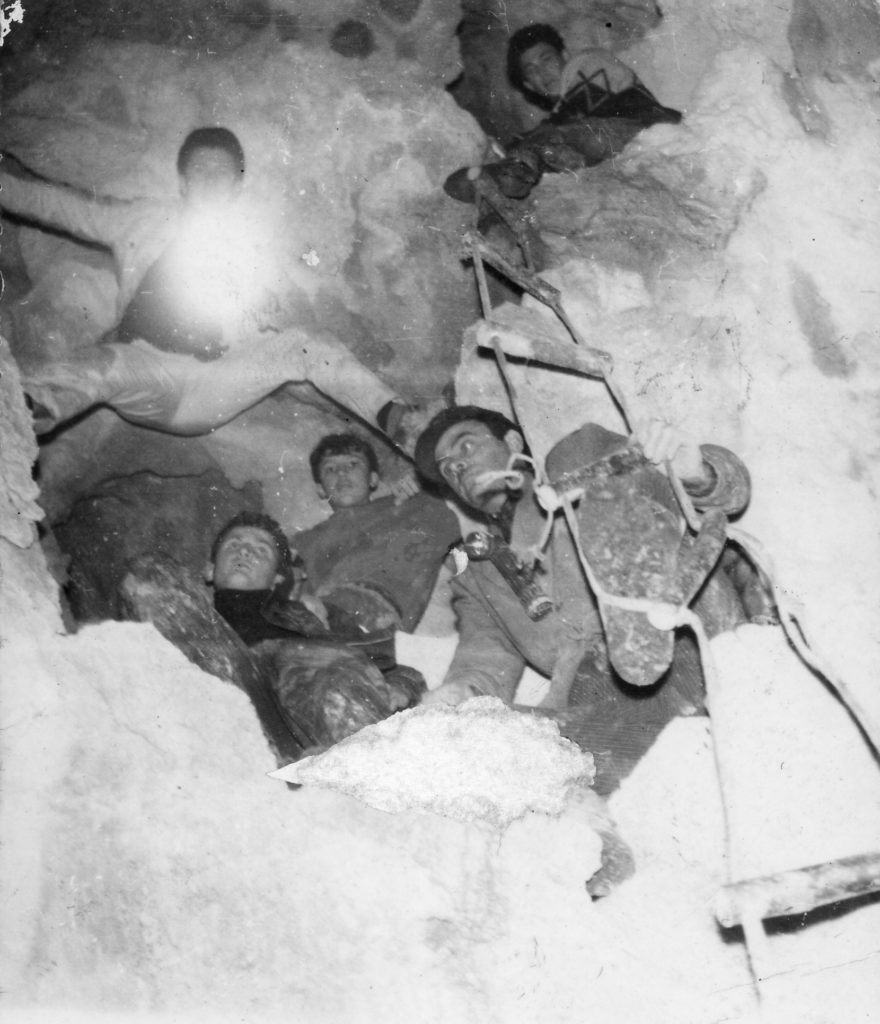 After an isolated study by Anelli in the 1930s on the cavities of Val Pesarina it was necessary to wait until the 1960s for explorations to start up again. These were largely conducted by the Gruppo Triestino Speleologi and the Circolo Speleologico Idrologico Friulano, both still active today. More recently one can add the explorers of the Gruppo Gortani of the Tolmezzo section of the CAI. 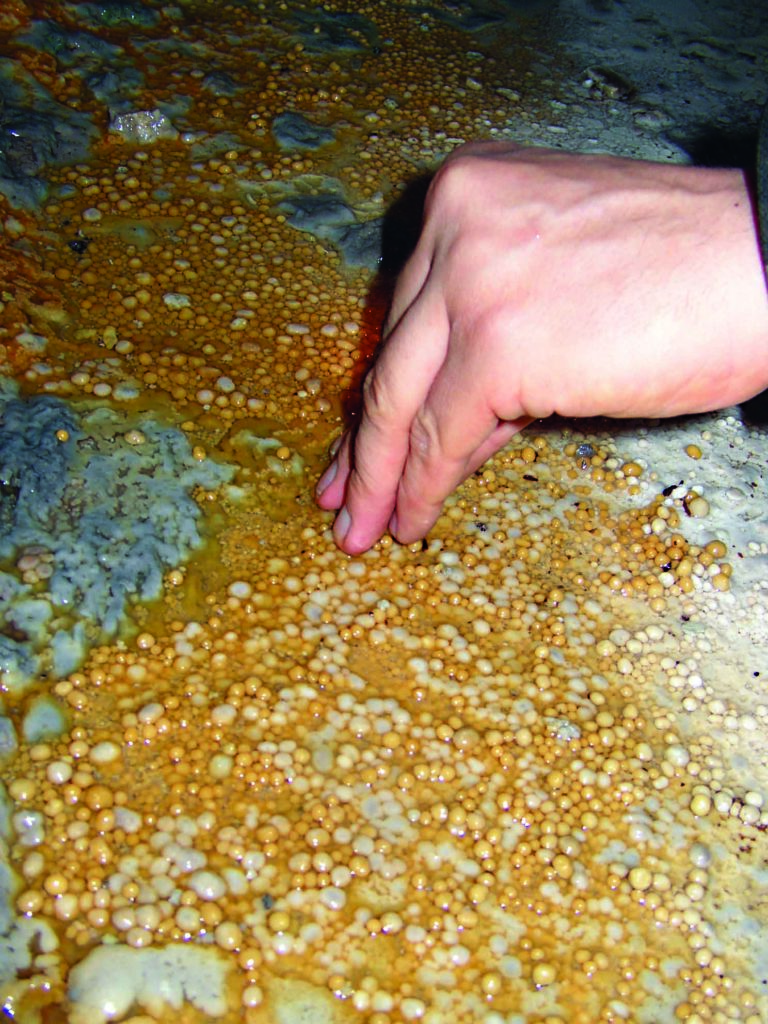 Inside the caves: minerals and chemical deposits

The water that creates a cave also brings about its filling, which occurs not only with the transport of sands and clays, but also through a slow chemical accumulation. The minerals and chemical deposits in the cave are those that require the characteristics of underground environments to form and develop. 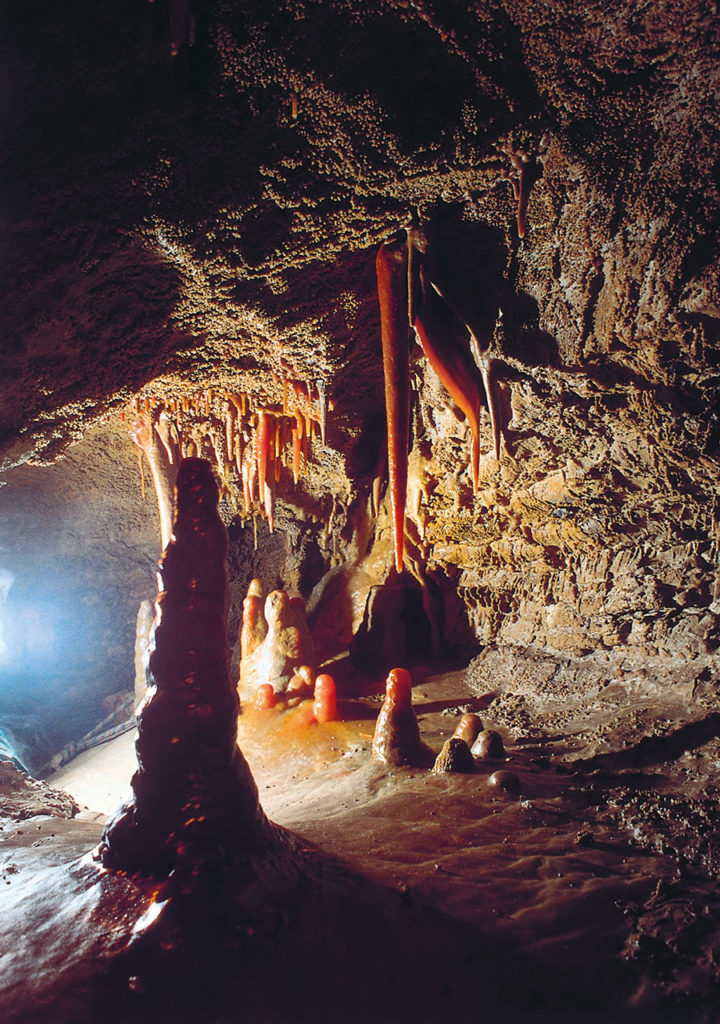 Karst phenomena in the Geopark area

The most impressive karst phenomena you can see in the Geopark area are: