Characteristics
Arthropods are an extremely diverse group of invertebrates. They are generally divided into Trilobites, Chelicerates (scorpions, spiders, ticks and mites), Crustaceans (the shrimps and crabs) and Uniramia (the millipedes, centipedes and insects). All of them share a rigid outer covering, the exoskeleton, and appendages with articulated joints suitable for locomotion and feeding (their “legs”). Only those with a mineralized exoskeleton and shells have bequeathed us good fossil evidence of their evolutionary history.
Among the Arthropods, the Crustaceans are a very widespread group, with specimens being mainly marine but also found in fresh water and on land.
Their classification is rather complex, and shrimps, crabs, lobsters, langoustines, hermit crabs, krill and woodlice, to name just a few, all belong to this group. The presence of hard parts of some specimens (the shell, sturdy limestone plates or the exoskeleton) have permitted their conservation in a fossil state.

Chronological distribution
The Crustaceans, which appeared in the Cambrian, are still extant today.

Their locations within the Geopark area
The crustaceans found in a fossil state within the Geopark area include the Decapods, shrimps characterized by the presence of 10 legs and which appeared during the Triassic. One of the factors of their success was the possession of pincers that allowed them to grab prey more easily.
Their fossils are found mainly in the dark, Norian (Upper Triassic) dolomites that emerge between Villa Santina and Forni di Sopra. The best known are those found along the Rio Seazza (Preone). Their exceptional conservation is linked to the particular conditions of the deposition environment, which was a deep sea without oxygen. This environment prevented the decomposition of the animals’ soft parts.

Another group that has left fossil evidence in some Triassic outcrops of the upper Val Tagliamento are the Tilacocephalids, extinct crustaceans that lived in the mud of the seabed and fed on dead organisms and ranged from a few millimetres to about twenty centimetres in length. 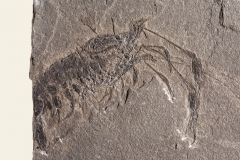 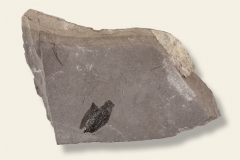 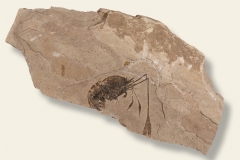