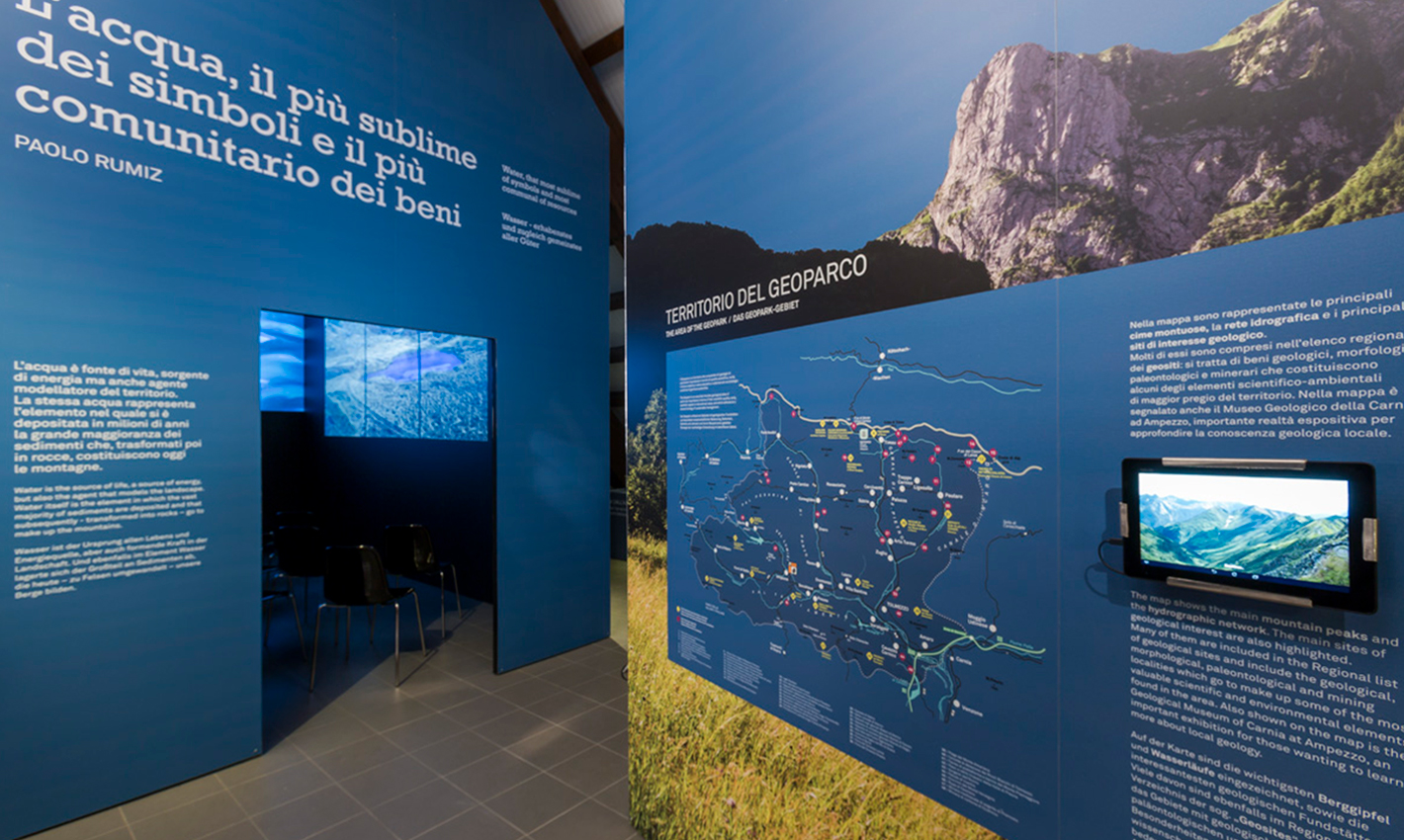 The Union of Carnia is a supra-municipal authority that was established in 2016 implementing Regional Law L.R. 26/2014. The Unions were territorially identified by the Regional Government and established to carry out coordinated municipal, supra-municipal and large area functions and services, as well as for territorial, economic and social development.

The Union of Carnia owns the Geological Museum of Carnia (link), in Ampezzo, the exhibition itinerary of which effectively illustrates the geological history of the territory. Moreover, it manages the Geopark Visitor Centre (link), in “Laghetti” in Timau, a starting point for excursions in the heart of the Geopark area.

In addition to these exhibition itineraries, there is also the “Preone 200 million years” Naturalistic Exhibition, in Preone, as well as the Permanent Fossil Exhibition in Arta, that offer different, interesting prospects as regards geology and palaeontology. Also these, just as the previous prospects, are part of the CarniaMusei museum network, which is also coordinated by the Territorial Union of Carnia.

By taking over from the Mountain Community of Carnia, the Union also acquired its pre-existing projects. In fact, the idea of the creation of a Geopark of the Carnic Alps, dates back to several years ago, when, in collaboration with the Friulan Museum of Natural History and the Geopark Karnische Alpen, the Living Stones- transfrontier lessons on the geology of the Carnic Alps. transfrontier lessons on the geology of the Carnic Alps project was developed. From that initiative, which both acclaimed a great deal of success and has consolidated the partnership between the institutions involved, the shared itinerary got underway and which led to the development of the GeoTrAC project.