Characteristics
Molluscs are among the most diverse and widespread groups of invertebrates and are mainly marine animals, very variable between each other in terms of morphology and way of life. What these disparate groups share is their similar general body organization. In particular, the Cephalopods have a shell produced by a part of the body called the mantle and only highly specialized forms are shell-less. Their extreme morphological differentiation is an adaptation to the different ways in which they feed.
The cephalopods represent the most evolved and complex class of molluscs. These are exclusively marine organisms, characterized by a head that carries important and sophisticated sense organs, including well-developed eyes. The mouth is surrounded by tentacles and equipped with structures used for chewing. The various groups may have an external shell in a range of shapes, or a reduced internal shell called the “bone”, such as in the case of cuttlefish and squid, or even absent, as in the case of octopuses.

Cephalopods are divided into seven subclasses.

Chronological distribution of the Cephalopods
The Actinoceratoidea and Endoceratoidea were exclusively Palaeozoic groups, the Orthoceratoidea were present from the Cambrian to the upper Triassic, the Bactritoidea from the Silurian to the Devonian while the Ammonoidea dominated the Mesozoic and were the group that enjoyed the greatest evolutionary success and enormous differentiation.
Today, the Nautiloidea, which appeared in the Ordovician, are represented by a single extant genus, Nautilus, present in the Pacific Ocean, while the Coleoidea, which appeared in the Devonian, are the most widely represented group today that includes the cuttlefish, squid and octopus.

Their locations within the Geopark area
Cephalopods are well represented in the Geopark area by the Orthoceratoidea and the Ammonoidea. The former are found mainly in the pelagic limestones of the Silurian and more rarely in those of the Middle Triassic, while the latter are relatively widespread in the sedimentary deposits of the shallow seas of the Triassic.
For a more detailed consultation of the territorial data, go to the Geopark’s WebGIS. 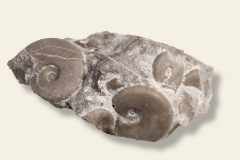 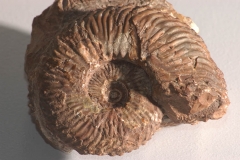 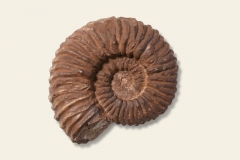 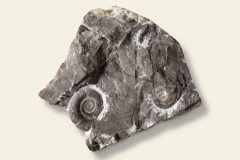 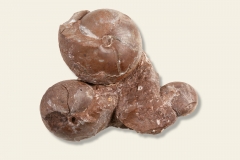 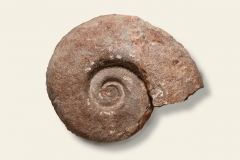 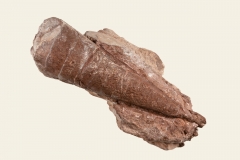 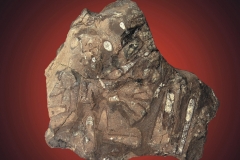